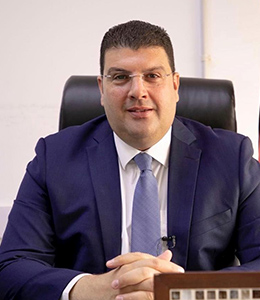 Mr. Alahmad is a Legal Counsel at S&B. he is very experienced in many legal sectors such as administrative, civil and evidence law. He has been a certified member of the Palestinian bar association since 2010.

Mr. Alahmad has been a lecturer at the law faculty at Birzeit university since 2007. he teaches many legal courses such as administrative, civil and evidence law. He also held many prestigious administrative positions at Birzeit University. He is an expert in research in different legal sectors. He is an expert in drafting all kind of legal documents as well as his expertise in drafting laws, policies and regulatory frameworks.

Mr. Alahmad is on the board of directors at many affiliations. He is a consultant to many organizations and affiliations. he is also an expert at many governmental institutions.

S&B was established in 2017 in Ramallah, Palestine. Even though it is a newly established company, it consists of well experienced attorneys who have practiced law in various areas and provided legal and investment consultancy services for both local and international organizations.